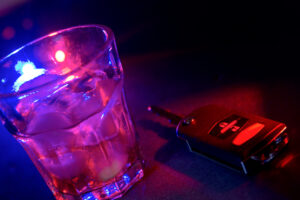 If you have been arrested for a Maine OUI, you need an OUI defense attorney by your side who will work to provide you with an aggressive and effective defense. It is common for people who have been arrested for OUI to feel as if there is little hope of beating an OUI charge. But there are many defenses to OUI charges that might not seem obvious, even if you tested at or above a .08% BAC or believe that you might have “failed” the field sobriety tests. That’s why it is important to retain a qualified OUI attorney who will investigate your case and work to provide you the best possible result.

When facing an OUI, you may find yourself asking many questions. Will I lose my license? How do I get my license back? Will there be jail time? Can I beat the OUI charge? Can I get my OUI reduced? If you have questions like these, please call us at (207) 985-1815 to schedule a free 30-minute consultation with a Maine OUI attorney.

Operating Under the Influence: What the State Needs to Prove

Many cases are resolved by plea agreement. If the case proceeds to a trial, the State will need to prove every element of OUI beyond a reasonable doubt. Beyond a reasonable doubt is the highest standard known to Maine law and requires the jury to find that the charge is almost certainly true. The jury (or judge in a bench trial) must acquit you if there is any “reasonable doubt” about whether you are guilty.

Although no two cases are the same, there are many possible defenses to OUI charges. Some common defenses are that

After entering our appearance, we request discovery (police reports, cruiser or body-camera video, breath and/or blood testing information) from the State of Maine under Rule 16 of the Maine Rules of Unified Criminal Procedure and Brady v. Maryland, 373 U.S. 83 (1963). We also issue a preservation of evidence notice to the police departments involved to ensure that all documents about the investigation are preserved.

Penalties for OUI if Convicted in Court

Maine has the following mandatory minimum penalties on OUI convictions. Judges may exceed these penalties depending on the severity of the facts.

A third, fourth, or subsequent offense is considered a felony. There are other attendant circumstances that can affect the mandatory minimum penalty. Finally, all fines are subject to a 20% surcharge and other court fees.

When you are arrested for OUI, the arresting officer will send the police report to the Maine Bureau of Motor Vehicles (BMV). The BMV will independently suspend your license, no matter what happens in court.

The Notice of Suspension from the BMV is usually mailed within 2-4 weeks of your arrest. It is important to make sure that you have an up-to-date address on file with the BMV so that you receive this notification.

This article is for informational and educational purposes and is not intended to be legal advice. You should consult legal counsel to assess the legal issues specific to your case.