Earlier this month, in three consolidated cases, Birchfield v. North Dakota, Bernard v. Minnesota, and Beylund v. Levi, the U.S. Supreme Court agreed to consider the question of “[w]hether, in the absence of a warrant, a state may make it a crime for a person to refuse to take a chemical test to detect the presence of alcohol.”  These cases are a natural follow-up to the U.S. Supreme Court’s holding in Missouri v. McNeely, 133 S.Ct. 1552 (2013), where the Supreme Court concluded that “in drunk-driving investigations, the natural dissipation of alcohol in the bloodstream does not constitute an exigency in every case sufficient to justify conducting a blood test without a warrant.” Id. at 1568. In a prior case, the U.S. Supreme Court held that a State cannot criminalize refusal to consent to a search. Camara v. Mun. Court of City & Cty. of San Francisco, 387 U.S. 523, 540 (1967)(holding that a person may not constitutionally be convicted for refusing to submit to a warrantless search). Thus, the petitioners in Birchfield, Bernard, and Beylund argue that a State cannot criminalize a refusal to chemical tests, under the guise of conditioning one’s ability to obtain a driver’s license on submission to the test.

Maine does not criminalize refusal to consent to a test, so it remains to be seen what the impact of the U.S. Supreme Court’s decision will ultimately be on Maine’s implied consent law. But Maine does impose serious penalties for refusing to submit to a chemical test, which include:

In addition, the administrative suspension for a refusal can be used as a prior “OUI offense” for future OUI arrests, 29-A M.R.S. §§ 2401, 2411, even if the driver is not ultimately convicted of OUI. Thus, while the new U.S. Supreme Court cases may not directly affect Maine’s implied consent law, the decision will be one to watch for OUI practitioners.

The author of this article, Tyler J. Smith, is an Associate Attorney at Libby O’Brien Kingsley & Champion, LLC, where he practices primarily in the areas of appellate litigation, civil litigation and criminal defense. 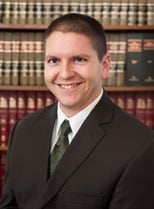