The Massachusetts Supreme Judicial Court recently decided that employees of Massachusetts corporations and of out-of-state corporations doing business with operations in Massachusetts are permitted to use medical marijuana and cannot be fired for failing a drug test due to medical marijuana usage.  On July 17, 2017, the Massachusetts Supreme Judicial Court in the case of Christina Barbuto v. Advantage Sales and Marketing, LLC, et al (SJC/12226) held that a lower’s court’s dismissal of the employee’s lawsuit for discrimination was to be overturned because the employee was discriminated against by failing a drug test due to her use of medical marijuana off of the job.  The Defendant, Advantage Sales and Marketing, is a California company that has operations in Massachusetts where the Plaintiff was working.  The Defendant had taken the position that termination of employment was justified because the use of marijuana is still illegal according to federal law and, thus, a “reasonable accommodation” was not required under the federal and state anti-discrimination laws.

Chief Justice Gants rejected the Defendant’s stated reason and held that “the only person at risk of federal criminal prosecution for her possession of medical marijuana is the employee, not the employer.”  The Defendant had also argued that the company’s blanket policy against drug use was applied uniformly to all individuals of the company; however, the Massachusetts Supreme Judicial Court disagreed with that logic finding that the lower court’s dismissal was improper. 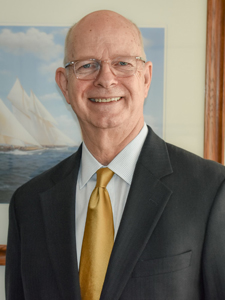 Brian L. Champion is admitted to practice in the state and federal courts of Maine, New Hampshire, Massachusetts, and the District of Columbia in Washington D.C.  He is also admitted to The First Circuit Court of Appeals and The United States Supreme Court. Wills, Trusts, Estates and Probate:  Mr. Champion believes that the caring for one’s… Read more »