Maine is now one of eight states – Alaska, California, Colorado, Massachusetts, Nevada, Oregon, and Washington – and the District of Columbia that have legalized the use of recreational marijuana.  Although retail sales of marijuana have been delayed to February 2018, the recreational use of marijuana became legal on January 30, 2017.  Once the Maine recreational law becomes fully functional, the marijuana industry pegs annual sales revenue in the $250-350 million range.  While the Maine Legislature continues its work through the Marijuana Legalization Implementation Committee to finalize the structure and administrative responsibilities of Maine’s recreational marijuana statute, uncertainty for employers continues.

Two particular provisions in the statute as approved by referendum in November 2016 create problems. The first provision implicates conflicts with long-standing federal policies and laws concerning the requirement for a drug free workplace.  Section 2454(2) purports to control employment policies and provides:

This chapter may not be construed to require an employer to permit or accommodate the use, consumption, possession, trade, display, transportation, sale or growing of cannabis in the workplace.  This chapter does not affect the ability of employers to enact and enforce workplace policies restricting the use of marijuana by employees or to discipline employees who are under the influence of marijuana.

Congress has repeatedly refused to remove marijuana from the schedule I designation.  In August 2016, the National Conference of State Legislatures (NCSL) approved a resolution urging the federal government to allow states to determine their own marijuana policies and requested that marijuana be removed from the schedule I class. The DEA responded quickly stating that it would not re-classify marijuana, relying heavily on a report by the Food and Drug Administration (FDA) finding that marijuana has “no currently excepted medical use in treatment in the United States” and is subject to abuse. The DEA did take a significant step in allowing universities to apply to grow marijuana for research purposes.

The Drug-Free Workplace Act of 1988 requires federal contractors with contracts of $100,000 or more to maintain drug-free workplaces. Employment policies that prohibit the use of “illegal drugs” may cause an employee to think marijuana obtained under state law is acceptable. Employers should clarify zero-tolerance policy toward marijuana in their employment policies.

The Department of Transportation (DOT) has long-standing regulations about the use of marijuana by safety-sensitive transportation employees such as pilots, school bus drivers, truck drivers, train engineers, subway operators, aircraft maintenance personnel, transit fire-armed security personnel, ship captains, and pipeline emergency response personnel, among others. DOT has emphasized that state initiatives will have no bearing on the DOT regulated drug testing program and takes the position that the use of marijuana is “unacceptable for any safety-sensitive employee” subject to DOT drug testing. A medical review officer will not verify a drug test negative based upon information that a physician recommended that the employee use marijuana when states have passed medical marijuana initiatives. Similarly, a medical review officer will not verify a drug test is negative based upon learning that the employee used marijuana when states have passed recreational marijuana initiatives. When an employee tests positive for marijuana in their system, regardless of the circumstances, the employer must terminate that employee based on DOT regulations.

The Occupational Safety and Health Administration‘s (OSHA) General Duty clause requires that employers maintain work places that are “free from recognized hazards that are causing or likely to cause death or serious physical harm” to employees.

Importantly for employers, the supremacy of federal law on the issue has long been established.  In Gonzales v Raich, 545 US 1 (2005), the U.S. Supreme Court held that the Commerce Clause of the U.S. Constitution allows the federal government to enforce the controlled substance act even in states where medical marijuana use is legal.

The conflict of state and federal law will be immediately apparent in unemployment compensation system.  The law contains a presumption that “misconduct” includes using “illegal drugs or being under the influence when reporting for work” and “substantially endangering the safety of the employee, co-workers, customers, and members of the public while on duty.”

As written, the current provision provides for no rule-making authority to interpret ambiguous provisions, no enforcement mechanism, no penalty and no appeal rights for either employee or employer.  Moreover, evidence of impairment and how to measure impairment from marijuana remains problematic. Unlike alcohol, there is no agreed-upon blood-content level of tetrahydrocannabinol (THC) or cannabinol (CBD) which would be indicative of impairment. THC/CBD might stay in a person’s blood stream for weeks after consumption and regular recreational users may have high THC/CBD levels but not demonstrate impairment.

Equally uncertain for both employers and recreational marijuana users in Maine is the federal enforcement position of the Trump administration. Statements by members of the Trump administration, including Attorney General Jeff Sessions, have created discomfort in the marijuana industry.  Sessions has been clear that he is “not in favor of legalization of marijuana,” has claimed that “current levels of THC in marijuana are very high compared to what they were a few years ago” and has said that the Department of Justice will enforce federal laws on marijuana in an “appropriate way.”  This may signal a DOJ departure from the Obama administration’s Cole Memorandum approach to placing a low priority on the enforcement of federal law under the CSA on businesses and organizations that comply with state law.

Perhaps more troubling for employers, Section 2454(3) appears to enact what other states have named “lawful activity” provisions. Sub-section (3) is couched in terms of anti-discrimination and provides:

A school, employer, or landlord may not refuse to enroll or employ or lease to or otherwise penalize a person 21 years of age or older solely for that person’s consuming marijuana outside of the school’s, employer’s or landlord’s property.

On its face, sub-section 3 would prohibit an employer from using a pre-employment drug test as the basis for not hiring an individual. Yet, “lawful activity” provisions have not fared well in the courts. Employee challenges to discharge have been rejected even where the employee holds a medical marijuana card.  In Coats v. Dish Network, LLC, 2015 CO 44, 350 P.3d 849 (Colo. 2015), the Colorado Supreme Court upheld an employee’s termination for off-duty medical marijuana use.  Coats was discharged from his employment after he failed a drug test related to his use of medical marijuana at home during nonworking hours.  Coats, a quadriplegic customer service representative, argued that his discharge violated Colorado’s “lawful activities” statute prohibiting an employer from discharging an employee for “lawful” outside of work activities.  The Colorado Supreme Court disagreed, reasoning that a lawful activity is that which complies with applicable law, including both state and federal laws.  As the use of marijuana remains unlawful under federal law, Coats’ use of medical marijuana was ruled not lawful and the employer’s termination was permissible.

A similar result was reached in the workers’ compensation context.  The court in Casias v. Walmart Stores, 764 F. Supp. 2d 914 (2011) held that an employer can terminate an employee who tested positive for marijuana even though the claimant had a registry card and the use was after a compensable workers compensation injury.

The Americans with Disabilities Act is clear that individuals who currently are engaged in the illegal use of drugs are specifically excluded from the ADA’s protections. 42 U.S.C. § 12114(a).  In James v. City of Costa Mesa, 700 F.3d 394 (9th Cir. 2012), the Ninth Circuit held that the ADA does not protect against discrimination on the basis of medical marijuana use because marijuana is an illegal substance under federal law.  The plaintiffs, four California residents with disabilities, were prescribed medical marijuana as permitted under California law.  The plaintiffs picked up the medical marijuana at dispensaries located in various California cities until the cities moved to shut the dispensaries down. The court examined whether the ADA’s exclusion of coverage for an individual engaged in the illegal use of drugs applies to users of medical marijuana when state law sanctions such use.  The court held that Congress explicitly linked the ADA’s definition of “illegal use of drugs” to the Controlled Substances Act (CSA) and that, therefore, the ADA’s protections do not apply to medical marijuana use, even though it may be sanctioned by state law.

Yet, a recent Maine Supreme Judicial Court decision highlights a potential legal strategy for employees.  In Scamman v. Shaws, 2017 ME 111, the Law Court held that Maine’s version of the ADA will not necessarily be controlled by interpretations by federal courts. Thus, another dilemma for the employer: conduct and employment actions legal under federal law may be illegal under state statutory provisions.

In this period of uncertainty, employers are well advised to focus on risk management fundamentals: utilize uniform standards of conduct and performance for all employees; clarify safety aspects of job performance through policies and communication; document problems with observed behavior; and consult with counsel until matters are clarified through legislation and regulations. 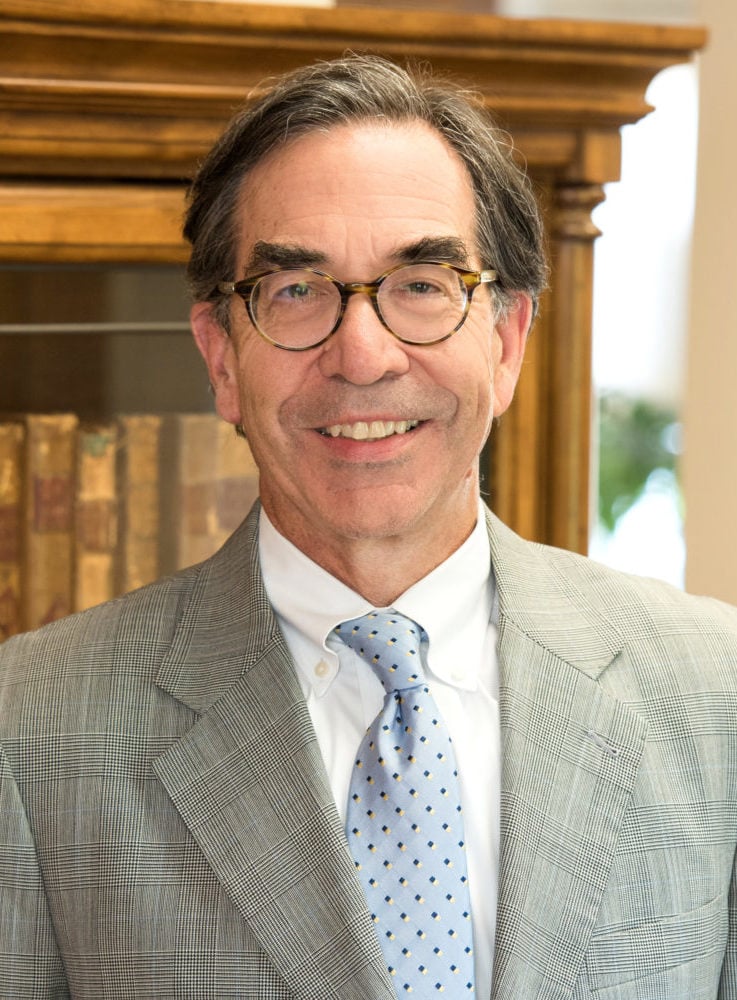 Michael joined Libby O’Brien Kingsley and Champion, LLC as a trial lawyer with extensive experience at the federal, state and county level, including over 100 jury trials and 60 appellate cases before the Maine Supreme Judicial Court and the United States Court of Appeals for the First Circuit.  He is a fellow in the American Board… Read more »