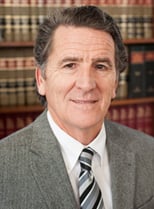 Gene Libby has been selected by the Thorton Academy Alumni Association to receive its 2012 Public Service Award, in large part due to his contributions to the Maine Cancer Foundation.  The annual award recognizes graduates of Thornton Academy in Saco, Maine for their outstanding public service and volunteerism.

Gene has been recognized for the founding and success of Mary’s Walk over the past fourteen years (raising $1.8 million dollars for Maine-based cancer research and patient support services), as well as his membership on the Maine Cancer Foundation Board for 12 years, the last two as President.  Gene’s other contributions to public service include his election to the Saco City Council (1999-2003); election to the York County Budget Committee, serving as chairman from 1994-1998; Member of the Maine Bar Association Fee Arbitration Panel; Member of the Board of Directors of Sentencing Options, Inc. (1988-1992), as well as his service as York County District Attorney (1981-86).

Gene will accept the award at Thornton Academy’s baccalaureate ceremony on June 1, 2012.